I have witnessed a road accident

Seeing a road traffic collision can be an extremely traumatic experience, especially if it results in someone losing their life or being left with a debilitating injury.

We understand how emotional and devastating seeing this kind of incident can be, which is why we have specially trained staff on hand to help you through the process of recovering from what you’ve seen. 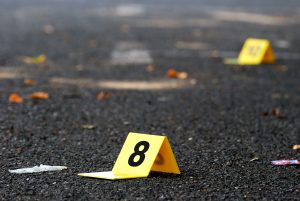 It doesn’t matter where, when or what you saw, Voice is here to help. To speak with one of our friendly team, contact us now.

If you have seen or been present during an incident on the roads, you may be called as a witness in any court procedure that follows.

If this is the case, we can help you to understand the court process and prepare for what you might face. Read on for advice around being called as a witness, or visit our interactive MyVoice tool.

Being called to court as a witness

If the incident you saw is the subject of a court case you may be cited as a witness to give evidence in court.

You can find out more about the police investigations that happen on our Legal Matters page. This also information about the many different charges that can be brought.

It is the Crown Prosecution Service (CPS) that decides who needs to attend court to give evidence. The CPS then notify Voice and at this point we will make contact with you.

Remember: If you are called to attend court, then legally you will have to attend otherwise you may be breaking the law.

A trial happens when the person accused pleads not guilty. The courts then have to ultimately decide whether the person did or did not commit the crime they are accused of.

The court therefore has a big responsibility as its decision can affect the life of not only the accused but the people around them.

It is also a big responsibility for the people who are called by the court to give evidence as part of the case.

If you are called to give evidence in a trial you may be asked to talk publicly about unpleasant, upsetting or personal events.

You will be questioned by the Crown Prosecutor and then you may be asked a number of questions by the defendant’s lawyer as part of what is called cross-examination.

Being cross-examined can be difficult, but it’s important to remember that it’s not a personal attack on you, simply a defence lawyer doing their job. If the questioning is too aggressive or inappropriate, the trial judge or magistrate can intervene to stop it.

There are certain circumstances in which you may not have to attend court to give your evidence and instead can provide a witness statement. This is called the Special Measures process – contact Voice for more information around Special Measures.

If the offender pleads guilty, or is found guilty by the court, then a sentence for the crime will be passed. Magistrates and judges are responsible for deciding what sentence is given.

There are four types of sentence available to the courts, depending upon the seriousness of the crime: