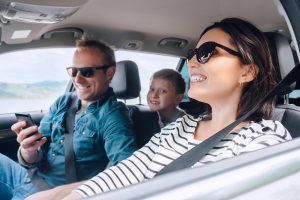 It is sometimes easy to forget that the most important aspect of a vehicle is the person in control of it.

It is also sometimes easy to forget that there are many things that can effect the ability of a person to drive carefully, including prescription medications and recreational drugs.

Many roads deaths can be attributed to the actions of a driver who causes an collision while under the influence.

Drink driving is still one of the biggest killers on the UK roads. Even small amounts of alcohol can affect the way that you drive and can affect your response times.

The legal blood-alcohol concentration (BAC) limit for driving in England and Wales is 80 milligrams of alcohol per 100 millilitres of blood (80mg/100ml).

However, there is no failsafe way to tell how much alcohol will put you over the limit, or to convert the BAC limit into how many units you can have – the concentration of alcohol in blood depends on various factors such as your weight, tolerance to alcohol and how much food you have consumed.  If in doubt, don’t drink any alcohol before driving.

In the UK, if a driver is found to be over the drink-drive limit, and/or driving while impaired by alcohol, they can receive a maximum penalty of six months in prison, an unlimited fine and an automatic driving ban of at least one year.

These can have a highly unpredictable influence on your ability to drive.

Examples of the effects of drugs on your senses include:

Cannabis: Slows reactions and often gives a sedative-like effect. Research has found that cannabis makes drivers less able to steer accurately and causes them to be slower to react.
MDMA (ecstasy): Makes the heart beat faster which can cause a surge of adrenaline and result in a driver feeling over confident and taking risks.
Cocaine: Causes over confidence and erratic behaviour.
Opiates (including heroin and opium): Has a sedative effect and will slow response times.
Amphetamines (including speed and crystal meth): Make people feel wide-awake and excited and can cause erratic behaviour behind the wheel.
Hallucinogens (including LSD): Can speed up or slow down your response time.

Medicinal drugs and their effects

If driving while on medication you should:

always read the warning label on the medication packaging and also read the side effects listings; and
do not drive when taking medication unless you are sure it will not make you drowsy.

In the UK it is an offence to drive when impaired by drugs.  The police can stop and test any driver they suspect of being on drugs and can also carry out a drug test of a driver involved in another incident.

Following the introduction of the new legislation in England and Wales in 2015, drivers caught and convicted of drug-driving can receive a minimum 12-month driving ban; a criminal record; and a fine of up to £5,000, or up to 6 months in prison, or both.

The penalty for causing death by dangerous driving under the influence of drugs is a maximum prison sentence of 14 years.

Driving while using a phone will cause you to be distracted and more likely to be involved in a road collision. Hands-free calls cause similar levels of risk as hand-held calls as the call itself is the main distraction.

In the UK it is illegal to ride a motorbike or drive while using a handheld mobile or device. This means that drivers and riders cannot make a call, send text messages, use apps or access the internet.

There is a fixed penalty fine of £200 and six penalty points for people caught by police using a handheld phone. Drivers found guilty of killing or seriously injuring as a result of distraction can face charges such as death by dangerous driving and prison offences.

Tiredness is a major contributory factor to incidents on the UK roads, with too little sleep drastically affecting driver attention, awareness, reaction time and ability to control a vehicle.

Collisions caused by drivers falling asleep typically involve vehicles running off the road or into the back of another vehicle. They tend to be high-speed crashes, because drivers do not brake before impact, so the risk of death or serious injury is high.

Things that can contribute to driver tiredness are:

Driving is a complex task that requires full concentration and a calm attitude.

Heightened emotions such as stress and anger can become a distraction and can significant affect the way drivers respond to situations they face on the road.

Road rage is when people react angrily to stressful situations on the road. Angry drivers are more likely to take risks such as speeding; rapidly switching lanes and tailgating (following the vehicle in front too closely).

Young drivers aged 17 to 24 are at a much higher risk of being involved in collisions than older drivers.

This risk is caused by the combination of youth and inexperience – young drivers are less able to spot and respond to hazards and are more willing to take risks.

Some insurers offer ‘black box’ technology  – a device that monitors speed and time on the road  – to young drivers to lower insurance premiums.

Offers include curfews, so that young drivers are not able to drive during high-risk hours, (for example late at night) and cost penalties for speeding.

There is no direct link between age and driving ability as people physically and emotionally age very differently  – for example, some 70 year-olds may be fitter and more alert than those 20 years younger.

However, aging does eventually bring about a general deterioration in health and physical ability that can affect driving ability.

How older drivers can stay safe:

have regular medical checks;
make use of alternative modes of transport (such as public transport); and
choose newer vehicles that are fitted with the latest safety protection systems.