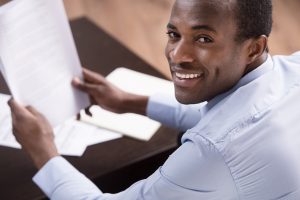 After a road traffic collision there are legal matters you will need to deal with.

If the incident has been serious, the police will investigate and there may be a criminal prosecution. In all cases your motor insurer will need to be informed.

Voice can support you through the legal process. To speak with us about how we can help, contact us.

If you are responsible for the motor insurance of a vehicle involved in a collision, you must tell the insurance company.

Things to know are:

In some cases, the vehicles involved in any collision may be taken away by the police.

An examination is then carried out to discover whether it was mechanically defective and to gather more information about what happened.

The police can tell you where vehicles are being stored and what is happening to a vehicle.

All serious road accidents are investigated by the police – they have a duty to try to find out what happened by gathering evidence. This can take several months.

People involved in the incident – including those who witnessed any collision of the events leading up to one – may be asked to give a statement.

Investigation officers – either employed by the police or other agencies – may remove and examine the vehicles involved to find out if they were mechanically defective. They may photograph, measure or take video of the location that the incident took place.

Medical evidence may be provided by emergency officers who attended or provided care in hospital. This can include alcohol and drug tests on all drivers involved.

If the incident involved someone driving for work, the police may investigate their place of employment in case there was any failure by the employer to ensure a vehicle was safe or driven safely.

The police report and prosecution

If the police investigation finds any evidence that suggests a crime may have been committed, this evidence is compiled into a report that is sent to the Crown Prosecution Service, which then considers if a prosecution should be brought against anyone.

You are not entitled to see this report, but you may be able to get a copy once any criminal proceedings have finished.

Before reading a police report you may want to ask the police what it contains. Police reports often contain photographs taken at the time of the incident and sometimes detailed interviews with eyewitnesses. It will be possible for the police, or a solicitor you are using, to remove anything you don’t wish to see or read.

In some cases, you may be assigned a Family Liaison Officer who will liaise with you about the criminal prosecution.

If this has not been done, it may be possible to have a Family Liaison Officer assigned to you, depending on police resources. Voice can help you explore the possibility.

What you should expect from the police:

If the police investigation finds that someone was responsible for the accident or there was negligence involved then a prosecution will be brought by the
Crown Prosecution Service (CPS).

The purpose of a criminal prosecution is to find out if someone has broken the law and appropriately sentence them.

CPS lawyers apply two key tests when deciding whether a person should be prosecuted:

Whether or not a criminal prosecution will happen in your case depends on the circumstances of the incident.

If criminal charges are being considered then you can choose to make a victim statement.

This gives you an opportunity to explain in writing how the crime has affected your life. A victim statement becomes part of the case papers and may be read out in court, however it is not compulsory for you to have to read it personally.

Depending on the nature of the accident and the severity of the injuries caused, there are a number of different charges that can be brought against someone.

Charging someone with an offence

Someone who is charged with an offence is often called ‘the accused’.

If there is a decision to prosecute, the accused person may be arrested and taken to a police station to be charged. Alternatively, they may be issued with a court summons which describes the offence and when the case will be heard in court.

An accused person will be either remanded in custody (imprisoned) or given bail (allowed to remain free) before their case is heard.

Sometimes, if a serious charge is being brought, the lawyers representing the accused ask the Crown Prosecution Service (CPS) for the charge to be changed to a less serious charge, on the basis of the evidence of the case. This request can happen before a case goes to trial.

The prosecution agency may decide to continue prosecuting the accused for the serious charge or may reduce the charge. Their decision is based on the evidence and what is in the public interest. It may include factors such as the availability of witnesses.

If your comments are about a particular police force, ask for a copy of their complaints procedure. You can also write to the force’s Chief Constable.

If you are not satisfied with the reply, and your comments are about police in England and Wales, you can contact the Independent Police Complaints Commission. For more information go to www.ipcc.gov.uk

Dealing with any media attention

Media outlets such as newspapers, radio or TV programmes will often cover serious road incidents they deem to be in the public interest.

They may publish or broadcast stories about your case without talking to you, or they may phone you, knock on your door, or approach you at a court hearing for a comment, an interview or for a photograph.

If someone close to you was also killed in the crash, they may ask for photos of that person.

If you are unhappy with a journalist’s conduct or think that a journalist has published or broadcast something that is incorrect or unfair, you can make a complaint to the relevant publication or TV or radio station.

Journalists are governed by national codes of practice that require them to respect privacy and feelings of victims of crime.