Going to court as a witness

If you’ve seen a crime being committed, you may have to attend a court as part of process of trying to bring the offender to justice.

This can be a complicated process, with many different agencies involved. However, Voice is here to support you through the experience. 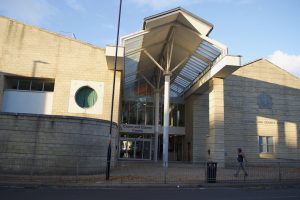 If you have any questions of concerns after you’ve witnessed a crime – whether you need support after seeing something that has upset you, or simply have a question about the process of being a witness – contact Voice, now.

My Voice’s interactive courtroom is a great way to learn about the process and understand the different professions and agencies that work within the criminal justice system.

I’ve witnessed a crime. What will I have to do?

If a person is suspected of committing a crime, you will be asked by the police to complete a witness statement.

Voice can be alongside you while you complete this with the police and can help you through the process.

If the person(s) involved are then charged by the police, the case will proceed through the criminal justice system and you may be required to go to court.

It is the Crown Prosecution Service (CPS) that decides who needs to attend court to give evidence. The CPS then notify Voice and at this point, we will make contact with you.

Remember: If you are called to attend court, then you will legally have to attend, otherwise you may be breaking the law.

What are special measures?

Sometimes, the court may put in special measures to ensure that you can give your evidence in a way that suits you.

Special measures need to be arranged before the trial and agreed by the judge. Your Voice support worker will discuss this and your options with you.

Special measures could apply if you:

If the court allows it, screens can also be placed around the witness box so that you will not have to see the defendant. There is also the possibility that you could give your evidence via a TV link.

What happens during a court trial?

A trial takes place when the person accused of committing the crime pleads not guilty.

The Crown Prosecution Service (CPS) have to prove beyond reasonable doubt to the court that the person accused committed the crime – they do this by presenting evidence as part of the trial.

The court therefore has a big responsibility in deciding if the person(s) in questions committed the crime as its decision can affect the life of not only the accused but the people around them.

It is also a big responsibility for the people who are called by the court to give evidence.

If you are called to give evidence in a trial, you may be asked to talk publicly about unpleasant, upsetting or personal events – things you might not even feel comfortable saying to a friend or family member.

Voice will help prepare you for giving evidence to help make the process easier.

You will first be questioned by the Crown Prosecutor or Crown Advocate and then you may be asked a number of questions by the lawyer of the defendant – the person accused of the crime.

This is called cross-examination. Being cross-examined can be difficult, but it’s important to remember that it’s not a personal attack on you, simply a defence lawyer doing their job. If the questioning is too aggressive or inappropriate, the trial judge or magistrate can intervene to stop it.

How are offenders sentenced?

If the offender pleads or is found guilty by the court, then a sentence for the crime will be passed. Magistrates and judges are responsible for deciding what sentence is given.

There are four types of sentence available to the courts, depending upon the seriousness of the crime. They are:

This is when the court decides that given the character of the offender and the nature of the crime, punishment would not be appropriate. There are two types of discharge:

1. Absolute discharge: No further action is taken, since either the offence was very minor, or the court considers that the experience has been enough of a deterrent. The offender will receive a criminal record.

2. Conditional discharge: The offender is released and the offence registered on their criminal record. No further action is taken unless they commit a further offence within a time decided by the court (no more than three years).

The court can order the offender to pay a fine. The maximum fine allowed in a Magistrates’ Court is £5,000. Fines are unlimited in the Crown Court.

These combine punishment with activities designed to change the offender’s behaviour and to make amends – sometimes directly to the victim of the crime.

For the most serious offences, the court may impose a prison sentence. The length of sentence is limited by the maximum penalty for that crime.

The sentence imposed by the court represents the maximum amount of time that the offender will remain in custody.

What happens after a trial has finished?

In some circumstances, appeals can be lodged, either by the defendant against the verdict or the sentence, or by the prosecution if the sentence is thought to be not strong enough.

The prosecution cannot appeal against a conviction. However, if fresh evidence becomes available, another investigation or trial is possible.

If the offender is found guilty, the victim of crime may be awarded compensation by the court or may be able to apply for compensation from the Criminal Injuries Compensation Authority.