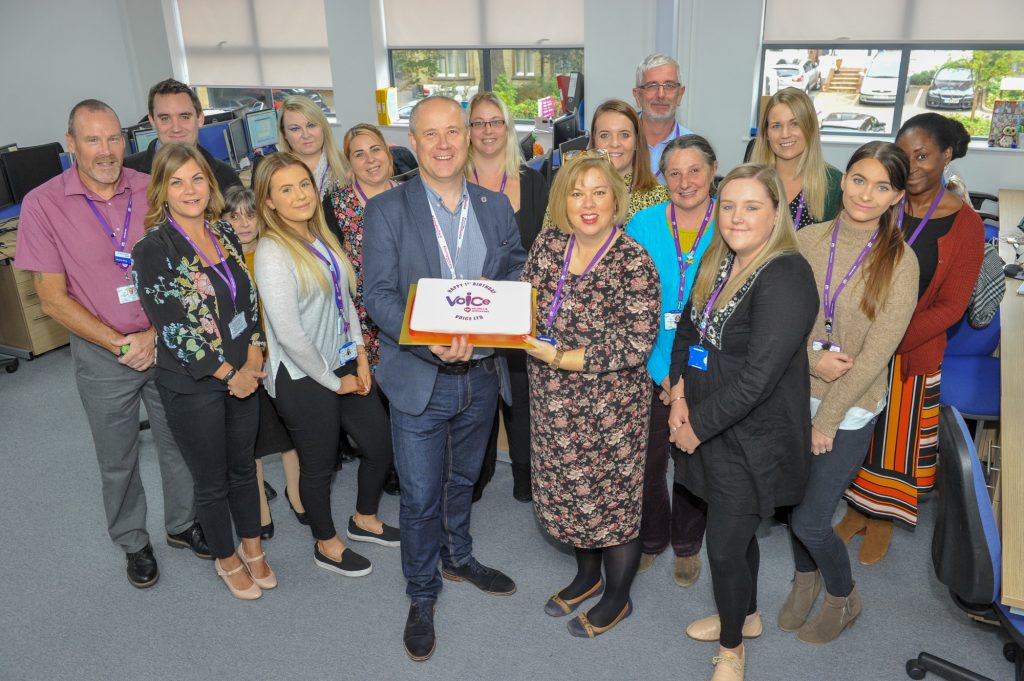 Voice, the free, independent and confidential support service for victims and witnesses of crime in Northamptonshire, has been praised by Police and Crime Commissioner Stephen Mold for a complete turnaround in service since the organisation was restructured a year ago.

Commissioner Mold visited staff at their Warwick House-base on Friday to thank them personally for their work in responding to over 10,000 referrals over the past year, with 99% of victims and witnesses being contacted within 48 hours of referral over the past four months – a huge increase on previous years.

Although Voice has been the umbrella name for support services following crime in the county for the past four years, the service was previously administered by a number of service providers, until 12 months ago when the Voice company was created to provide support services directly to those in need.

Following this change, support for victims and witnesses has significantly improved, with 78% of those who have received support in the past six months identifying that they are coping better following help from the service, while 75% said they felt safer and 72% felt their health and wellbeing had improved.

“These are fantastic statistics that illustrate the huge positive influence Voice has on victims and witnesses of crime.

“Crime can affect people in a number of different ways and it is vital that those who are in need of help access Voice in order to cope, recover and ultimately thrive following traumatic incidents.

“To know that over three-quarters of people that Voice has helped feel they are coping better and feel safer following support is fantastic feedback for our hard working team and shows anyone who is considering contacting us that Voice can help them to move on from the effects of crime.”

“I’d like to say a huge thank you to the team at Voice for their hard and determined work in building a service that is making such a difference to the lives of people in Northamptonshire.

“In the past 12 months Fiona and her team have made a huge impact, with 99% of referrals to the service now being contacted within 48 hours, meaning more people are being given the chance to access help and support as soon as they need it.

“Voice plays a vital role in supporting some of the most vulnerable people in the county and I’m delighted that is services continue to go from strength to strength.”