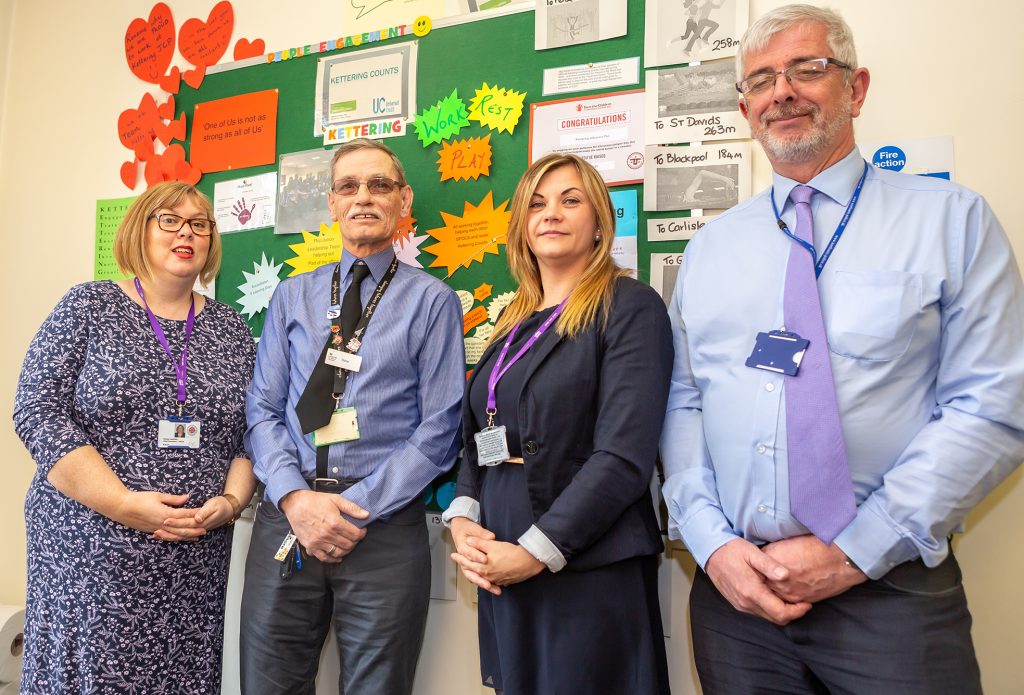 Andrew Savage was just 24-years-old when he died.

“He asked if we could buy him a motorbike to commute to work on,” explains Andrew’s father, Steve. “Being an ex-biker myself, I said ‘yes – as long as you’re careful’. And he was; he did his CBT and took his safety on the bike very seriously.”

Earlier that year, Andrew had started building his career as an IT support specialist in Moulton Park.

“He loved that job,” says Steve, “and having his motorbike enabled him to get to work easily. Then, one Tuesday morning, Andrew set off to work on his motorbike, and didn’t come home.”

On his return journey, Andrew rounded a bend to find a queue of traffic in front of him. Having braked a little too hard, the bike threw him off, breaking his neck on impact. He was also hit by a car coming the other way, but the emergency services concluded it was likely he had already died by that point, despite the subsequent attempts of an off-duty fireman to revive him.

“It got to about seven o’clock that night and I decided to go out and look for him, assuming he’d probably broken down,” explains Steve. “Just as I was leaving the house, a police car pulled up. I asked if the officer was looking for our house number, which he confirmed was the case. My heart sank, because I knew immediately that Andrew was dead.”

Tragic stories like Andrew’s are unfortunately all too common, with UK road deaths reaching a five-year high during 2017.

“You never expect to outlive your children,” says Steve. “To have them suddenly snatched away from you is horrible, and that’s why the Voice counselling service has been so invaluable.”

The family were supported daily by a family liaison officer, then ten days after the event, an investigating officer visited Steve and his wife, Rosemary. The couple were  offered support from Voice for Road Harm, a service dedicated to helping victims and witnesses of road harm to cope and recover  from their experience.

“We particularly liked the fact we had a choice,” explains Steve. “The Voice service wasn’t forced on us, and although their website was included in the pack we received from the Brake Charity, it was up to us whether or not we accessed the service. I’m so glad we did.”

Rosemary now receives regular support from a Voice counsellor, who visits the family home every month.

“During the first twelve months, I just dealt with all of the practicalities in a business-like manner,” explains Steve It’s when everything stops that you realise you need help. With Voice, it’s brilliant knowing you can just pick up the phone if you need to talk to someone.”

Steve is a long term employee at the Job Centre in Kettering, where the team holds annual fundraising initiatives that are usually linked to a member of staff. When it came to deciding where the funds should be diverted for their latest campaign, the decision was unanimous.

“The people I work with have seen me at my lowest, but they also know how fantastic the support from Voice has been for us,” explains Steve. “We do lots of things to raise money each year from world food days to weight loss challenges, and when it came to deciding which organisation we should support in 2018, Voice for Road Harm was the clear choice – one colleague even ran the London Marathon this year and donated half of what he raised.”

The couple’s fundraising efforts began with an evening celebrating Andrew’s life, where friends and family came together and raised over £100. This spurred Rosemary and Steve on to do more, and having set themselves a target of £500, they’ve already surpassed £300, thanks in no small part to the Job Centre team’s efforts.

“At the start, we thought we could cope on our own, but that was largely because we were so busy dealing with the aftermath,” says Steve. “It’s in those quiet moments that you need services like Voice. We all deal with life changing events differently, and you never know when you’ll need the support, which is why it’s so comforting to know that the Voice door is always open.”

The team at Voice would like to offer a very big “thank you” to Rosemary and Steve for their amazing fundraising efforts.

If you’re a victim or witness of a road incident, our team is here to help you. It doesn’t matter when or where the event took place; whenever you’re ready, just get in touch to access our free, confidential support service.