Home Blog Turn the lights on! 5 ways to stop tempting burglars into your home

Turn the lights on! 5 ways to stop tempting burglars into your home 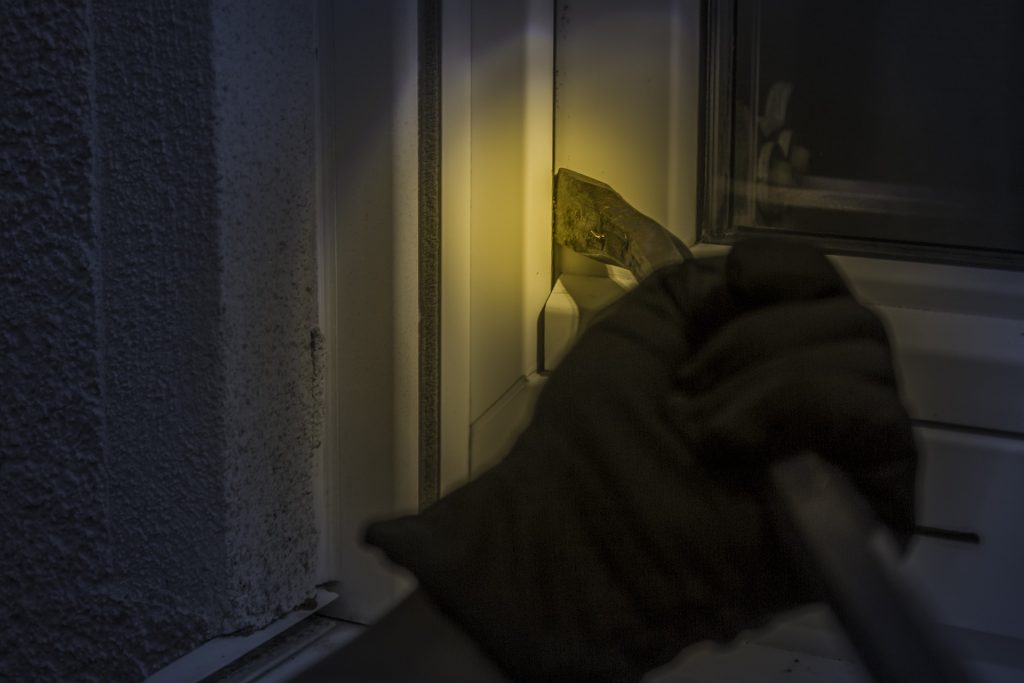 Returning to your house after a long day at work, you approach the front door and spot that it’s slightly ajar.

Common sense does it’s best to provide an explanation, but there’s no escaping the fact you should be the first one home, and your partner’s car definitely isn’t on the drive.

You’re always the first one home.

Immediately realising you’ve been burgled, your gut drops as you picture someone forcing their way into the property and invading your space in the worst possible way. Grim-faced, you swallow deeply and make your way into the house.

What lies beyond that half-opened door?

The police recently recorded a ten percent rise in crime in England and Wales – the biggest in a decade. And, of the five million offences registered, there was a significant increase in domestic burglary. Proof, if ever it were needed, that this form of crime is something every homeowner should take seriously.

Thankfully, there’s an awful lot you can do to remain vigilant, and it starts with the following security risks you may be overlooking:

Nothing says “we’re out – help yourself!” more clearly than a house shrouded in darkness and without a car on the drive.

If it’s early evening, chances are you probably are out or on holiday, and most criminals won’t need to think twice about attempting to break in.

By leaving every internal light switched off, you’re providing the perfect cover for a burglary.

Solution: Clearly, you don’t want to assist burglars, so make sure you invest in lighting timers that switch the house lights on at specific intervals. Alternatively, the new range of affordable, smart home lighting will enable you to control the lights wherever you happen to be, with just a few taps on a smartphone.

It’s often the simple stuff that results in domestic burglary, and forgetting to close the curtains or blinds is akin to providing a window – literally – of opportunity for any passing chancers.

Solution: When heading out, close all curtains and blinds – no matter how long you’ll be gone for.

We live in a world where security technology that was once unobtainable for homeowners is increasingly affordable, and that means there are few excuses not to have devices attached to your house that will deter burglars.

Take the humble security camera – a device that could once only be found at the gates of mansions and business premises can now be bought for around £150.

Solution: Invest in a security camera and fit it visibly by your front door. Even if it isn’t physically connected or recording, it should prompt most burglars to seek a less risky property.

Sure, there’s nothing like making you mates feel jealous about your impending two week trip to the Seychelles, but by broadcasting it on Facebook, you may be putting your home at risk.

You don’t know who’s listening in online – regardless of how tight you consider your personal social media security policy to be.

Solution: Don’t advertise the fact you’ll be leaving your home online, no matter how great the urge.

Do you tell your neighbours when you’ll be leaving the house for an extended period of time? If not, you won’t benefit from a friendly pair of eyes on your property while you’re away.

Sure, you don’t want them to camp on your drive with a flashlight and questionnaire for anyone that approaches, but the fact your absence is on their mind will make them a little more vigilant (and you more relaxed).

Solution: Build positive relationships with your neighbours that make it possible for you both to ask for a little holiday help. Even if that simply means parking a car on your drive and occasionally popping in to gather the post, it’ll make the home appear occupied.

While our tips above won’t warn off every burglar, they will make most think twice about entering your home.