New Non-Executive Director, Suzanne Burke, tells the story of her journey to Voice 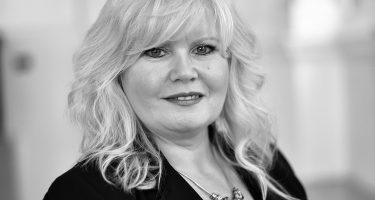 I joined the Civil Service in the year 2000 as a member of the Child Support Agency. This was quite a new agency at the time, and the work I undertook whilst in that position inspired me to work more closely with members of the public.

In 2001 I transitioned to the Department for Work and Pensions (DWP) in which I had various roles including Job Centre manager, diversity and communications manager and a partnership manager for the central England group which looked after the homeless, refugees and asylum seekers.

I loved the variety of work at the DWP, but in 2013 I decided to explore other career opportunities, which led me to the Crown Prosecution Service (CPS). I’d always been interest in law, which prompted me to get the qualifications I needed to join the CPS.  I was appointed as the  Head of Operations for the West Midlands area (the second largest region outside of London) and then moved into a wider national role still within the CPS as Senior Business Manager for Proceeds of Crime.

More recently, I became Head of Operations for the Small Business Commissioner, which is a new non-departmental public body. This is where I feel something of an affinity with Voice’s Chief Executive, Fiona Campbell; we’ve been on a similar career path where we’ve both been put in charge of setting up new organisations and made responsible for the daily operations and strategy behind them.

An opportunity to help vulnerable groups

Having worked with Fiona previously during my time in the West Midlands, I was delighted to be given the opportunity to join her on the Voice board as a non-executive director. I’ve always wanted to help vulnerable groups, and I know how important it is for victims and witnesses of crime to gain the support they need to cope, recover and thrive. Assisting an organisation that provides that support and helping them at a strategic level is therefore an honour and a task I’m relishing.

I gained some experience of witness care in my previous roles, but it was nothing like the level of support offered by Voice. Few areas are as lucky as Northamptonshire to have the free, confidential service they offer, and I think Voice should be viewed as a flagship that can inspire other regions to offer similar services.

As a non-executive director, I’ll be providing strategic guidance, feedback and support to help the Voice team meet its goals and obligations. My nineteen years’ experience in the Civil Service and the time I’ve spent setting up new services myself puts me in a great position to support and guide the board. I’m expected to hold the management to account (although I prefer to call myself a ‘critical friend’ in that regard) by providing constructive feedback on Voice’s strategic direction and business plan.

When you’re a non-executive director, you have the opportunity to look at the performance, risks and communication style of an operation to ensure it’s a true and fair reflection of the service they’re providing.

For instance, there are a number of new service contracts Voice are considering, and my role is to look at them with a fresh set of eyes to ensure they’re relevant, in keeping with the Voice brand and executable. For instance, if a new service is offered, how will it be implemented, and how will it be viewed by the people who need to use it? The same goes for brand awareness; the Voice team are amazing, yet the only way most people hear about them is unfortunately if the worst happens. I want to help spread the word about the brand and ensure it’s known to a greater number of people who haven’t been affected by crime.

I’m particularly looking forward to spending some time with the support workers and listening in on some of the calls to get a better feel for what they do and how the service is delivered. That first-hand experience is vital, because it’s easy to sit in high-level meetings discussing strategy without understanding how the decisions you make in the board room impact the most important people in the business.

One of the things that has impressed me the most about Voice is that it’s a one-stop-shop. There are lots of support services out there, but Voice manages to encapsulate most of what a victim or witness will need under one umbrella. If you’re unfortunate enough to fall into one of those categories, it must be such a comfort to be able to ring one number, tell your story and gain the support you need without being passed between different agencies.

It’s unfortunately a bit of a postcode lottery in the UK when it comes to support for victims and witnesses of crime, but I’m delighted that I now have the opportunity to help shape an organisation that continues to make Northampton a shining light in this area. I’d like to take this opportunity to thank Fiona and her wonderful team for welcoming me onboard!