Home Blog We’re here to listen: a day in the life of a Voice Specialist Support Worker

We’re here to listen: a day in the life of a Voice Specialist Support Worker 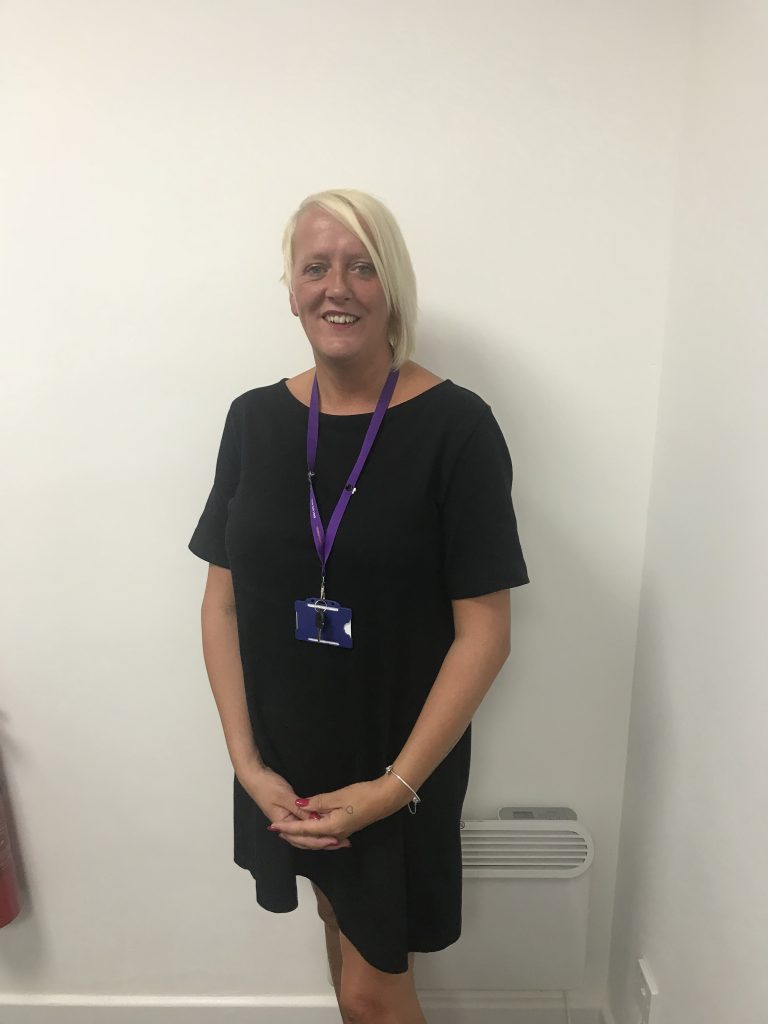 I started my career in child services where I worked with a lot of families who were known to social services. This provided me with lots of training in child development, but I also worked on the Freedom Programme, which is designed for women who have experienced domestic violence.

I went on to work for a women’s refuge for two years, and continued to work with children who had experienced domestic abuse. I then spent two years working for the mental health charity, Mind, where I had the opportunity to help lots of people with very complex issues relating to mental health.

These varied experiences gave me the perfect grounding for my role at Voice as a Specialist Support Worker, where I help victims of crime cope, recover and thrive.

I’ve been at Voice since February, and I work primarily with victims of domestic and sexual abuse. People are either referred by the police or self-refer (you don’t have to report a crime to the police to get support from Voice). During a typical day, I’ll call people from our case load (at the time of writing, it contains around twenty-five) and provide emotional and practical support. I also attend face-to-face sessions with victims and witnesses across the county.

The majority of people who contact us are those who have agreed to be referred by the police, but we also get referrals from Sunflower Centre in cases of domestic abuse, and Northamptonshire Rape Crisis, with whom we share our premises. We’re lucky in that we can offer these people emotional support, which some agencies can’t.

What is emotional support?

Emotional support covers a range of approaches, but a lot of what I do is simply talking to people about how a crime has made them feel, and how it has affected them. I then provide them with strategies and tools to recover and thrive, but, often, just having someone independent to talk to makes all the difference. The victim realises someone is out there who wants to listen to them.

We can’t fix people, but we can support them by reinforcing the fact that’s it’s ok for them to feel a certain way after crime.

When people realise that their reaction as a victim of crime is completely normal, it helps immeasurably. With trauma, people often think they shouldn’t be feeling a certain way, and want their feelings to be justified, which is where our emotional support comes in. We’ll explain that some days they’ll feel fine, and others they won’t – but that’s completely ok.

People are complex, but I love helping them

It’s not always obvious that you’re a victim of crime – particularly in cases of domestic abuse where you’ve been conditioned by the abuser to think and behave in a certain way. People are complex; we all react to situations differently and need different levels of support – it’s what fascinates me and gets me out of bed in the morning.

We generally get allocated our own set of cases to work on, which is great because it means the people we speak to have the opportunity to hear the same voice. Despite this, if a case worker isn’t available, there’ll always be someone to talk to.

Working for Voice definitely makes you more aware about the types of crime that take place, but it doesn’t make me feel any less safe – Northamptonshire is still a very safe place in which to live and the police do a fantastic job.

If people are reluctant to give us a call, it’s worth reiterating that you don’t have to report a crime to contact us. Getting in touch with a service like Voice is a huge step for people, but it often helps so much just to know someone is there, ready to talk to you whenever you need it most.

No one will judge you or make you do anything you don’t want to do – we’re just here to listen and talk it through, and if you do eventually decide to report the crime, we’ll be here to help you with that, too.

We get lots of positive feedback, which is fantastic. Even if people call and ask questions we can’t answer (we often signpost people to other services if required), they just like the fact they can talk to someone.

A lot of the people I speak to will end the call by saying “thank you so much for listening to me”, which is lovely to hear. By validating a victim’s feelings, they realise they’re not alone; there are more people out there experiencing the same trauma.

Being a victim of crime might leave you feeling out of touch with reality. People often just want clarification that this is normal, and being listened to gives them that reassurance. In some cases, after half an hour of talking to us, some people will say “you know what? I feel much better now”. It doesn’t always happen that quickly, but that’s why we’re always here for people, no matter how often they need our support.

Whenever you’re ready to speak to Voice, please give us a call.

Not many people know but I… eat a burger all the way round and save the middle for last! Delicious!

If I could watch one last film, it’d be… An Officer and a Gentleman

If it’s my turn with the radio, I’ll tune to…  Smooth Extra

My favourite place on the Earth is… my home

What makes me truly happy is… my 4 beautiful children