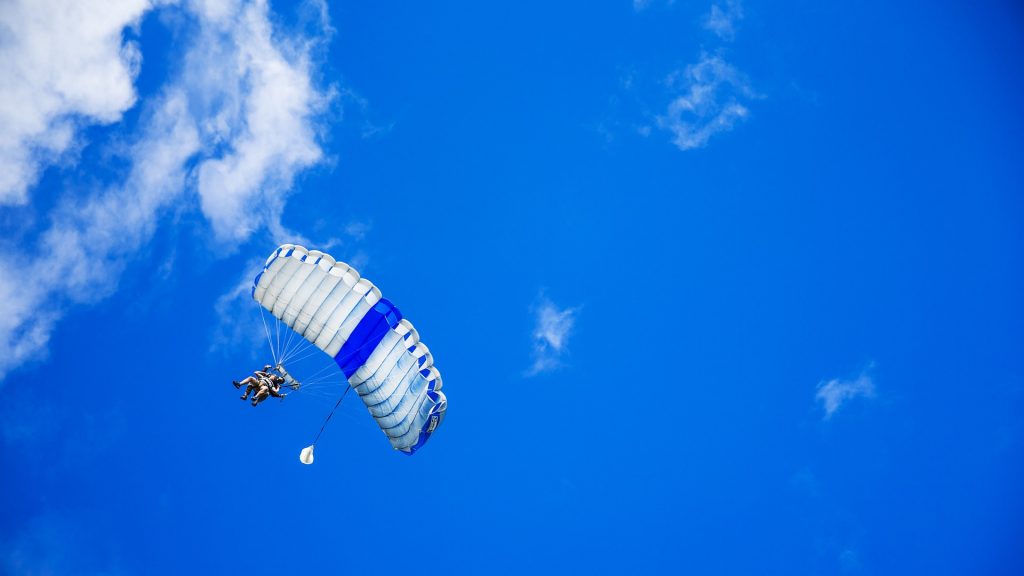 In order to stay afloat, the brilliant Willen Hospice needs £3.6 million every year.

Every penny counts for charities like Willen, and this is partly why it joins The Lewis Foundation and Lennox Children Cancer Fund in the latest round of our team’s fundraising efforts.

Willen Hospice is particularly close to the hearts of two Voice colleagues. Sadly, earlier this year, Zoe lost her dad and Laura lost her sister, both of whom received fantastic support from Willen.

“Dad was diagnosed with Melanoma in 2015,” explains Zoe. “Despite many attempts and a bit of positivity, this quickly spread through his body and Dad developed Brain Tumours. Dad underwent removal of lymph nodes, radiotherapy, Tester of Research Treatment, immunotherapy, lymphedema, two injections a day for months, severe cramps, confusion, mood changes, tiredness, partial loss of vision, loss of balance, appetite and more. Dad somehow, through it all, just coped, and carried on.”

Both Zoe and Laura received incredible support from the hospice thanks to the tireless and compassionate work on behalf of the team there.

“Willen Hospice had a nurse at the end of the phone to speak to when needed throughout Dad being poorly,” continues Zoe. “We found this very reassuring as he was being treated away from home, in Oxford. Dad could also have gone along to their weekly wellbeing meetings if he had wanted, and be looked after residentially if we had not been able to do so at home. Willen Hospice also gave family support during bereavement.”

With Zoe’s dad and Laura’s sister firmly in our minds, the Voice team has embarked on a number of fundraising events.

Immediately popular with everyone involved (surprising, eh?), the Voice home bake sale was a fantastic success and resulted in some very happy punters.

Check out the culinary work of our fab team below (keep scrolling – it gets yummier): 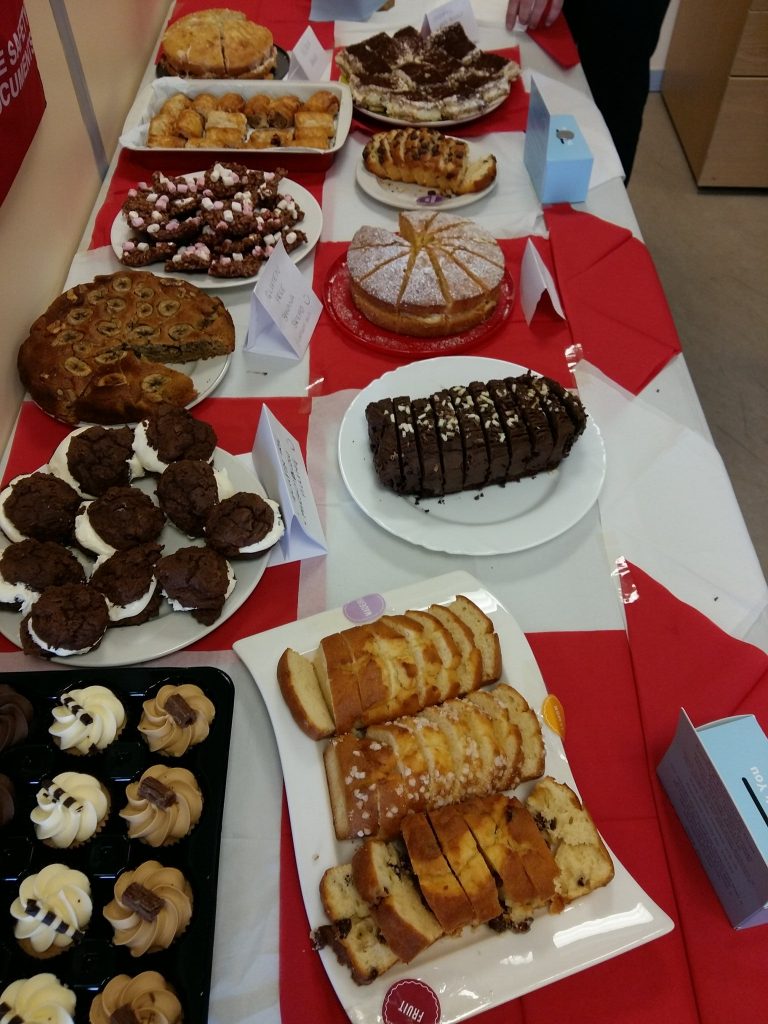 We also held an Easter chocolate tombola and ‘guess the baby’ picture contest which raised £50 and £25 respectively. We found the latter particularly amusing, as you’d guess. Recognise anyone from this bunch? 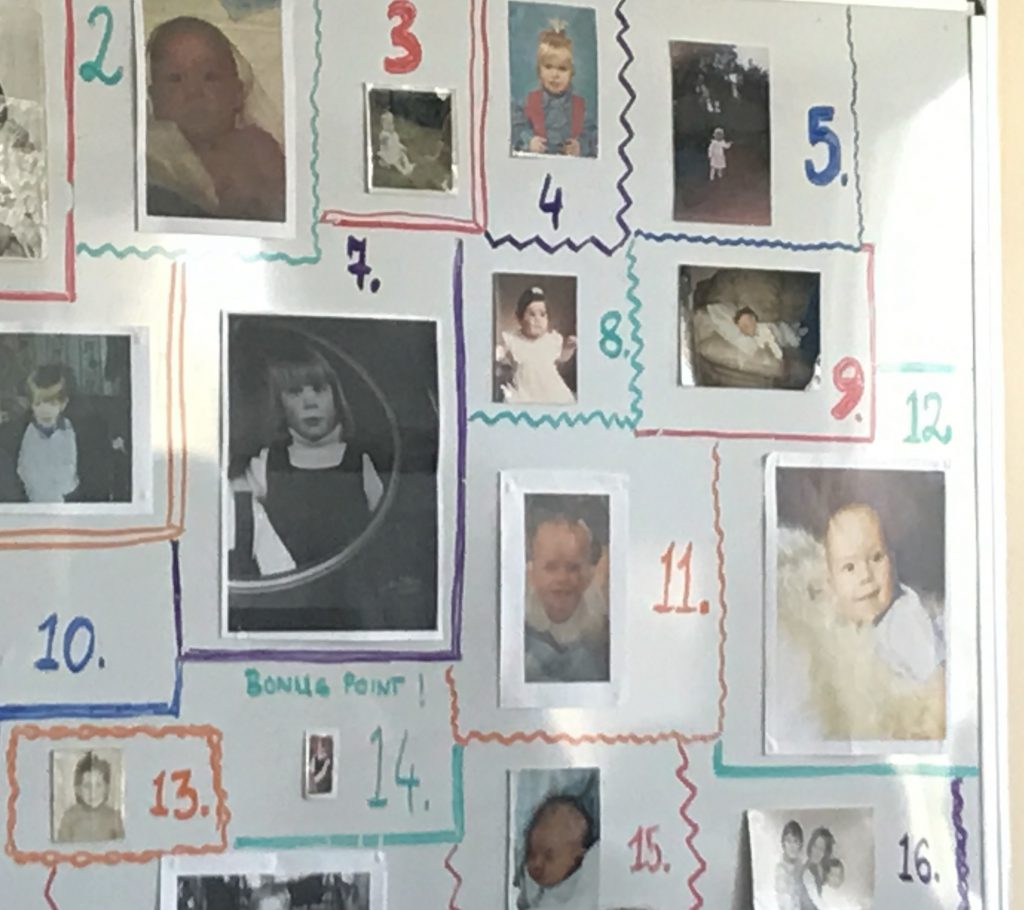 We’ve got plenty of bookworms at Voice, and this particular fundraising task gave us all the chance to finally let go of the novels that were simply gathering dust on our book shelves. 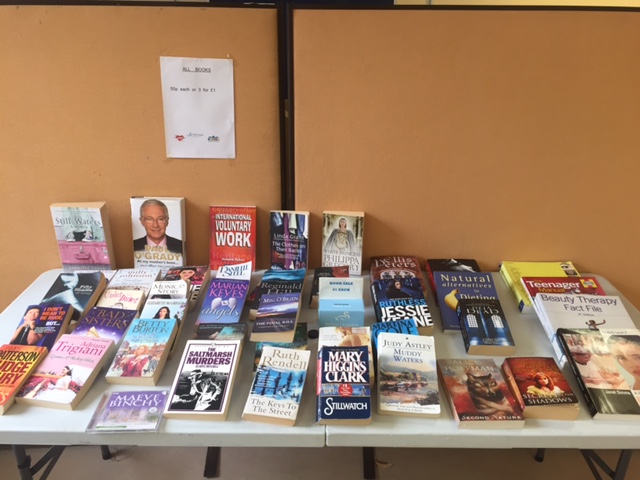 Another on-going fundraising effort is our weekly dress-down Friday, which asks for a donation of £1 from all participants.

In addition to the above, one member of the Voice team completed the Wendal Walk (all 15km of it!) with her daughter, raising £105 for Willen Hospice.

Jo’s kids got involved too, by completing the ‘Mini Moo Scooterthon’, which was arranged and hosted by Willen. They raised a combined £85. 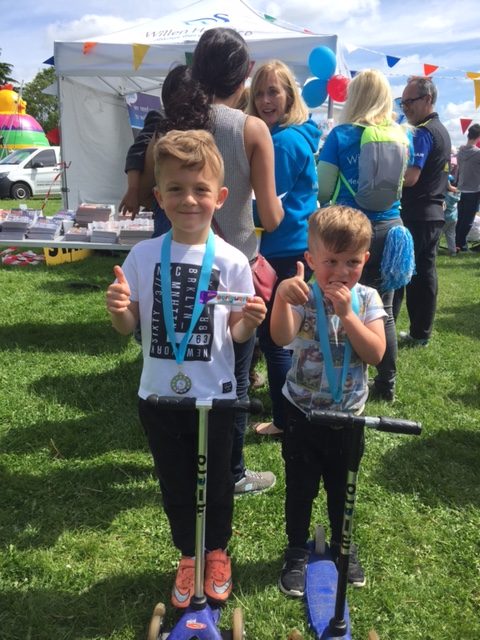 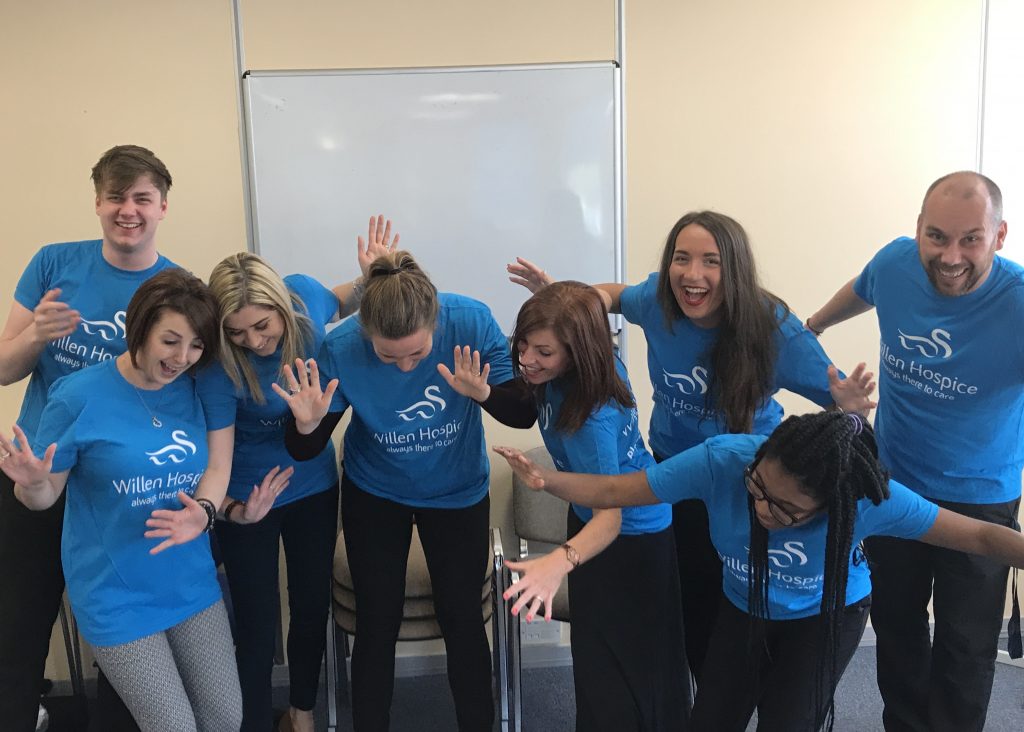 Yep, that’s right – eight plucky Voice team members have signed up to a skydive that will take place on Friday 18th August.

Admittedly terrified, they’ll be leaping out of a plane at fifteen thousand feet above Brackley Airfield. Bonkers? Yes! Brave? Definitely!

You can find out more about our skydive and donate by visiting our Just Giving page.

We’re also planning a Superhero Friday, ‘auction of skills’ and round of office bingo in the near future to continue raising as many funds as possible for these wonderful charities.

A big thanks to the brilliant team we have at Voice for throwing themselves (sometimes, literally), into our fundraising efforts.